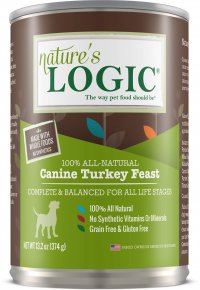 Nature’s Logic Canine Turkey Feast was selected to represent the other products in the line for detailed recipe and nutrient analysis.

The first ingredient in this dog food is turkey. Turkey is considered “the clean combination of flesh and skin… derived from the parts or whole carcasses of turkey”.1

Turkey is naturally rich in the ten essential amino acids required by a dog to sustain life.

The second ingredient is turkey broth. Broths are of only modest nutritional value. Yet because they add both flavor and moisture to a dog food, they are a common component in many canned products.

The third ingredient is turkey liver, an organ meat sourced from a named animal and thus considered a beneficial component.

The next ingredient is dried egg product, a dehydrated form of shell-free eggs. Quality can vary significantly. Lower grade egg product can even come from commercial hatcheries — from eggs that have failed to hatch.

In any case, eggs are easy to digest and have an exceptionally high biological value.

The fifth item is pork plasma. Plasma is what remains of blood after the blood cells themselves have been removed. Plasma can be considered a nutritious addition.

The sixth ingredient is montmorillonite clay, a naturally occurring compound rich in many trace minerals. Montmorillonite has been approved for use in USDA Organic Certified products.

Reported benefits include the binding of certain mold-based toxins and even controlling diarrhea and irritable bowel syndrome (IBS).

The seventh ingredient is herring oil. Herring oil is naturally rich in the prized EPA and DHA type of omega-3 fatty acids. These two high quality fats boast the highest bio-availability to dogs and humans.

Depending on its level of freshness and purity, herring oil should be considered a commendable addition.

But to be realistic, ingredients located this far down the list (other than nutritional supplements) are not likely to affect the overall rating of this Nature’s Logic product.

First, although alfalfa meal is high in plant protein (about 18%) and fiber (25%), this hay-family item is more commonly associated with horse feeds.

Next, brewers yeast can be a controversial item. Although it’s a by-product of the beer making process, this ingredient is rich in minerals and other healthy nutrients.

Critics argue yeast ingredients can be linked to allergies. This may be true, but (like all allergies) only if your particular dog is allergic to the yeast itself.

In addition, a vocal minority insists yeast can increase the risk of developing the life-threatening condition known as bloat. However, this is a claim we’ve not been able to scientifically verify.

In any case, unless your dog is specifically allergic to it, yeast can still be considered a nutritious additive.

What’s more noteworthy here is that brewers yeast contains about 48% protein, a factor that must be considered when judging the actual meat content of this dog food.

In addition, chicory root is rich in inulin, a starch-like compound made up of repeating units of carbohydrates and found in certain roots and tubers.

Not only is inulin a natural source of soluble dietary fiber, it’s also a prebiotic used to promote the growth of healthy bacteria in a dog’s digestive tract.

And lastly, although we find no mention of added vitamins or minerals on the ingredients list, we’re reassured to find a detailed list of naturally present nutrients on the company’s website.

Based on its ingredients alone, Nature’s Logic canned dog food looks like an above-average wet product.

The dashboard displays a dry matter protein reading of 39%, a fat level of 29% and estimated carbohydrates of about 24%.

As a group, the brand features an average protein content of 41% and a mean fat level of 28%. Together, these figures suggest a carbohydrate content of 23% for the overall product line.

And a fat-to-protein ratio of about 69%.

Even when you consider the protein-boosting effect of the brewers yeast and alfalfa meal, this looks like the profile of a wet product containing a notable amount of meat.

However, with 52% of the total calories in our example coming from fat versus just 30% from protein, some recipes may not be suitable for pets on a low-fat diet.

The following automated list (if present) includes all dog food recalls since 2009 related to Nature’s Logic.

You can view a complete list of all dog food recalls since 2009 here.

Get free dog food recall alerts sent to you by email. Subscribe to The Advisor’s recall notification list.

The following Nature’s Logic dog food reviews are also posted on this website: 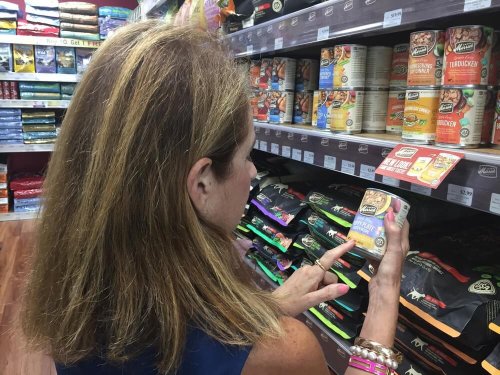 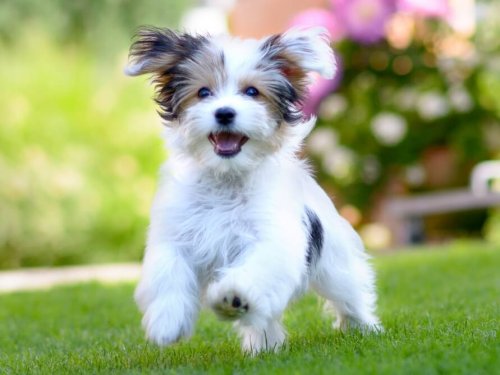 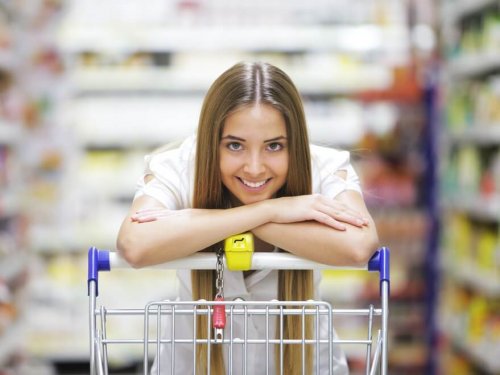 The Best Low-Cost Dog Foods for May 2022 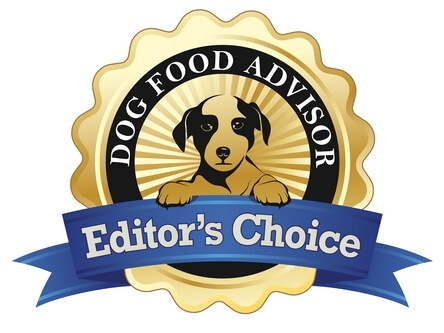 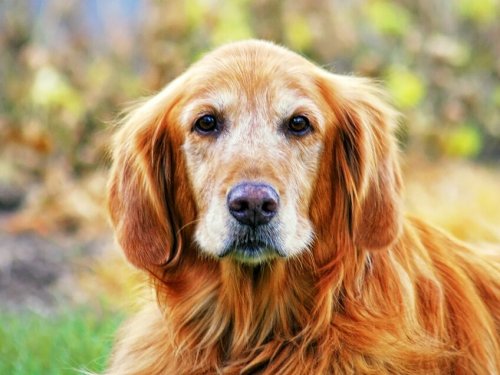 The Best Senior Dog Food for May 2022 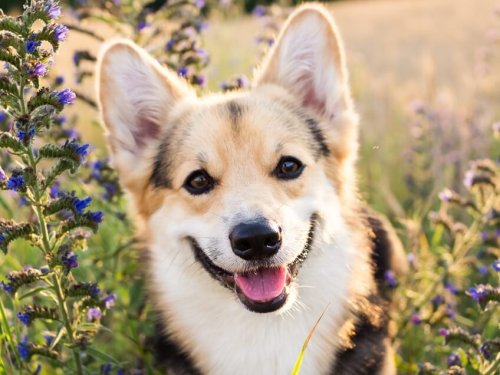 The Best Grain-Free Dog Food for May 2022