Aflatoxin is one of the most dangerous natural poisons known to food scientists. And many times, it can be found in some of the most popular dog foods on the market.

Aflatoxin has led to the tragic death of hundreds of dogs… and has caused an increasing number of life-threatening dog food recalls.

Aflatoxin is a potent ‘natural’ poison that’s produced by a common type of food mold known as Aspergillus flavus.

But it’s NOT the mold you need to worry about.

It’s aflatoxin… the deadly poison produced by that mold… that can cause liver failure, cancer and death… in dogs.

Aspergillus mold is a gray-green, fuzzy-looking substance that can be found growing on the surface of cereal grains.

Corn has been the most common source of aflatoxin in every poison-related dog food recall.

Here’s what corn contaminated with Aspergillus mold looks like:

But keep in mind…

Corn Is NOT the Problem

It’s the companies that buy these moldy crops (in the first place). And then fail to test them for hidden toxins… BEFORE they’re used to make pet food.

Larger, multi-national pet food companies tend to have the resources needed to routinely test for contaminants.

We’ve noted zero aflatoxin-related recalls from major brands, including those that use corn in their recipes.1

Corn is not the only source of aflatoxin.

Aspergillus mold can grow on just about ANY food crop… including wheat, rice, millet… and dozens of others.

What Makes Aflatoxin So Dangerous?

Compared to almost any other dog food contaminant, aflatoxin has the potential to be FAR more dangerous.

Aflatoxin is invisible. So, you can’t see it… not even with a high-power microscope.

Yet it can still be present… even when there’s no visible sign of mold on the surface of the food.

Unlike Salmonella and other disease-causing bacteria…

Aflatoxin is a poisonous chemical.

Which means… it’s NOT alive.

So You Can’t Kill It

And you can’t cook it out of a dog food, either.

Aflatoxin is so resistant to heat…

It even survives the germ-killing process of pasteurization… a process required by law when making canned dog foods.

Which is why, after cooking, the deadly poison can still be found inside an unopened can of wet dog food…

Or a sealed bag of dry kibble.

How Toxic Is Aflatoxin?

Compared to other natural poisons…

Aflatoxin has the highest toxicity of all mold toxins.2   And for this reason, it’s one of the leading causes of liver failure and liver cancer in dogs.3

There’s no known anti-toxin to neutralize it. So, once aflatoxin enters a dog’s body… there’s no way to remove it.

That’s because unlike humans, who eat a varied diet…

Dogs tend to eat the same food… meal after meal… day after day… for a lifetime.

Which is why there are 2 ways aflatoxin can kill a dog.

Dogs exposed to higher doses of aflatoxin can experience sudden and severe reactions to the poison.

Acute reactions like these can progress so quickly that a dog can die before ever receiving treatment.

These are the cases you hear about the most… and they represent the leading cause of aflatoxin-related recall events.

Dogs exposed to lower, non-lethal doses of aflatoxin over a longer period of time may survive.

But chronic, long term exposure to smaller doses can be just as deadly.

Tiny, invisible amounts of poison can accumulate in the body… over time… and can ultimately cause liver cancer later in your dog’s life.4

Which is what makes chronic poisoning so much more dangerous.

Chronic, long-term exposure to tiny, undetectable amounts of aflatoxin in your pet’s food has the potential to cause serious damage to the future health of your dog.

How to Protect Your Dog from Aflatoxin

You’ve learned about aflatoxin and why it’s so dangerous. Here are 3 things you can do right now to protect your dog from this deadly poison. 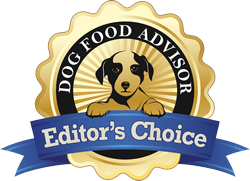 The following lists were selected from our best dog foods pages. None of the recipes are made by companies known for being repeat offenders when it comes to aflatoxin… or other matters of product safety.