Butylated hydroxyanisole — also known as BHA — is an antioxidant primarily used as a preservative in food, animal feed, cosmetics, rubber and petroleum products.1

The National Toxicology Program of the Department of Health and Human Services warns that BHA is “reasonably anticipated to be a human carcinogen” (cancer-causing agent)2. 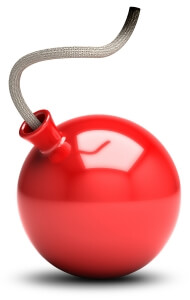 According to the National Institute of Health, BHA in the diet has been found to consistently produce certain types of tumors in laboratory animals3.

And the Office of Environmental Health Hazard Assessment of the state of California lists BHA under “Chemicals Known to the State to Cause Cancer or Reproductive Toxicity”. 4

Yet FDA regulations still permit its use as a fat preservative in food under the assumption it is “generally recognized as safe” in low doses5.

Here’s what concerns me. Dogs are a captive audience. They have no choice but to eat what we put in front of them.

The same potentially toxic substance added to a commercial dog food – and fed every day (twice a day) year after year is a different matter.

It’s that cumulative exposure that worries me. The additive effect of using any artificial preservative relentlessly — especially when it’s suspected of causing cancer.

Even though they may not remain as effective for as long, natural preservatives are considered to be safer.

That’s why today, the majority of dog food companies avoid the use of these synthetic “shelf-life extenders” altogether — and why you should, too.

When you read on a pet food label a particular fat ingredient has been “preserved with BHA”, you may want to stand aside.