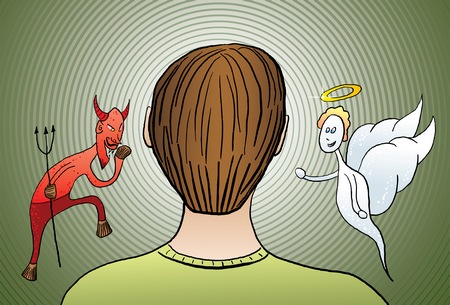 Ingredient splitting might be one of the pet food industry’s most controversial practices.

Yet others cry foul. They insist ingredient splitting is nothing less than a deliberate attempt to mislead consumers — a common trick used by less ethical dog food companies to make an ingredients list look more attractive to buyers than it really is.

So, who’s telling the truth?

What Is Ingredient Splitting?

Ingredient splitting is the deceptive practice of subdividing a more abundant — yet inferior quality — ingredient into smaller portions.

This dubious tactic can be used to artificially raise a meat item to a higher position on an ingredients list — and lower an inferior one.

How Does It Work?

Say you have a dog food in which corn is the dominant ingredient. Since corn is less nutritious to a dog than meat, it’s considered a lower quality item.

Remember, pet food manufacturers are required to arrange each item on every ingredients list in order of its precooking weight.

Now, take a look at the “Before Splitting” side of the table below.

Notice how corn, with its 30% pre-cooking weight, gets a first place position. Second-ranked rice makes up the next 20%, thus leaving chicken meal (a quality item) to occupy the list’s #3 spot.

Of course, dog food companies want their products to “look” like they’re meat-based. So, they’re well aware an ingredients list like this isn’t likely to impress a label-reading shopper.

Now, what would happen to that same list if you divide a few of the more abundant ingredients into smaller portions?

Please look at the right side of the table labeled “After Splitting”.

Now, instead of using 30% corn, a pet food designer could simply split corn into corn meal and corn flour — at just 15% each.

And replace the original rice with other rice ingredients.

That would move the corn and rice components further down the list. And so, even though the amount of chicken meal remains unchanged, it’s now magically the first-ranked ingredient.

If you’ve ever been told to only look for dog foods where meat is the first ingredient, please remember the deceptive power of ingredient splitting.

Being able to divide a dominant ingredient into smaller portions permits any pet food company to trick you into believing there’s more meat in a product than there actually is.

So, the next time you see a meat item as the first ingredient on the list — don’t be too impressed.

Or you could become the next victim of the pet food industry’s ability to re-order its ingredients list to suit its marketing strategy.

Be sure to check our ratings and reviews for an unbiased opinion regarding the actual meat content of your pet’s food.