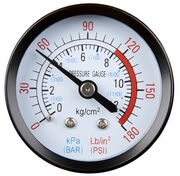 The use of High Pressure Processing (known as HPP) is becoming increasingly common with commercial raw dog foods.

However, HPP can be a controversial process.

Some view it as an effective way to eliminate disease-causing bacteria while having only minimal effect on the integrity of the finished product.

Yet others believe raw foods that have undergone HPP have been altered to the point they can no longer be considered raw.

HPP is a non-thermal pasteurization process commonly utilized in the food industry.

The practice removes disease-causing bacteria with only minimal effect on the nutritional qualities, taste, sight or smell of the food.

HPP achieves this result through the application of extremely high pressure on the product.1

The following video produced by one of the companies that makes HPP equipment does a respectable job of explaining the process.

What Are the Benefits of HPP?

Supporters of HPP claim the process leads to…

A safer product. It’s been shown that the HPP process is effective at eliminating most food-borne germs such as Salmonella, E. coli, and Listeria with little change in the nutritional value of the end product.2

A fresher product. HPP destroys the microorganisms that cause spoilage which, in turn, increases the shelf life of the product.2

So, What’s the Catch?

Those opposed to HPP argue…

Proteins are denatured. High levels of pressure, such as those used in the HPP process, have been shown to result in the denaturation of proteins.4

HPP will destroy bacteria present in the food prior to processing but cannot protect the food against recontamination after processing.6

Especially, after the package is opened.

HPP is yet another “process.” Many raw food purists view HPP as a form of processing and argue that the end product is adulterated and no longer in raw form.7

Regardless of which side of the fence you find yourself on…

With the FDA’s Food Safety Modernization Act and the American Veterinary Medical Association’s recent policy discouraging raw feeding due to bacterial risks, it’s likely more commercial raw food manufacturers will be implementing this controversial process in the near future.8