Hey, nobody likes an impostor. Am I right? 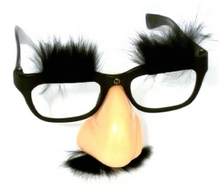 Yet you may have already come face-to-face with this unexpected trickster and not even known it.

You see, in the world of dog food, protein truly is the Holy Grail.

Dogs crave it for survival. And companies market it for profit.

All things considered, the higher the protein content of a dog food, the greater its perceived value.

It’s Not Just the Amount
of Protein That Counts

But the amount of protein only tells half the story. It’s a protein’s digestibility and its biological value that matter more.

And that’s the problem.

You see, protein can come from just about anywhere — even from non-nutritious sources like leather, hair, feathers, chicken beaks.

Or that mysterious meat substitute — gluten.

Basically, gluten is what’s left over from certain grains — like wheat, barley, rye and other wheat-type cereal grains — that’s had all its starchy carbohydrate (the good stuff) washed out of it.

The rubbery protein residue that’s left is the gluten.

Think of gluten as a sort of plant-based protein concentrate and meat substitute.

Now, although corn gluten meal is the most common form of this AAFCO recognized phrase found on a dog food ingredients list, this item isn’t technically a true gluten.

Yet because it’s more commonly known by its colloquial name, corn gluten meal is still considered (on this website) to be similar enough in its protein-boosting capacity to true glutens to be red-flagged as such on every dog food ingredients list we publish.

The Two Most Common Problems
with Gluten Ingredients

In any case, here are the two most important things to know about gluten ingredients…

1. Glutens are less nutritionally complete than meat based proteins. They’re low in some of the ten essential amino acids dogs need to sustain life

2. Glutens can raise the protein reported on a food label. So, manufacturers frequently add them to a recipe to make a product look better than it really is

Whenever you discover gluten on a dog food ingredients list, you should always question the true meat content of the product.