Zero. That’s how many carbohydrates are nutritionally required by a dog to sustain life. 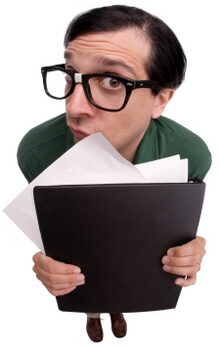 The fact that a dog food doesn’t need to contain any “carbs” at all seems hard to believe.

You see, according to the National Research Council and compared to the other two major nutrients — protein and fat — no carbs are considered essential for a healthy canine diet.1

Yet surprisingly, carbs represent the dominant nutrient found in most dry dog foods.

Since the early 1950s, dog food manufacturers everywhere have fallen head-over-heels in love with carbs because they’re:

Please notice that not one of these reasons has anything to do with nutrition — not one.

Carbohydrates aren’t bad for dogs. In reasonable amounts, they can actually provide a practical source of energy.

However, the problem lies in their quantity.

Using a dog’s ancestral diet as a model, the total amount of carbs consumed by a dog’s evolutionary predecessor is dramatically less than what’s become the norm for today’s kibbles.

One sensible source estimates natural carbohydrate consumption for a dog’s ancestors at around 14 percent of total diet.2

Yet on average, today’s dry dog foods contain somewhere between 46 and 74 percent carbohydrates.3

Today’s kibbles contain as much as four times the carbohydrate content historically found in the canine ancestral diet.

Wouldn’t it make sense for a dog’s food to be more like the specie’s ancestral diet — with more protein and fat — and fewer carbs?

However, since most dog food manufacturers fail to disclose the percentage of carbohydrates contained in their products, the Dog Food Advisor provides an estimate of this important figure inside every review.

So, look for dog foods rich in meat-based protein and lower in carbs. You could be adding years of better health to your best friend’s life.